The temple of fire worshippers Ateshgah,  located on the Absheron peninsula on the outskirts of Surakhani village, 30 km from the centre of Baku, was revered in different times by Zoroastrians, Hindus and Sikhs. The current constructions of the temple date back to the XVII century. As a result of excavations, far more ancient artifacts were discovered here. The pentagonal complex has an open courtyard with temple-altar in the center which was the place of pilgrimage for worshippers. By the decree of the President of Azerbaijan Ateshgah was declared a State  historical-architectural reserve. This open-air museum has been  recently restored. Different workshops and souvenir galleries are located here now. 30 km from Baku 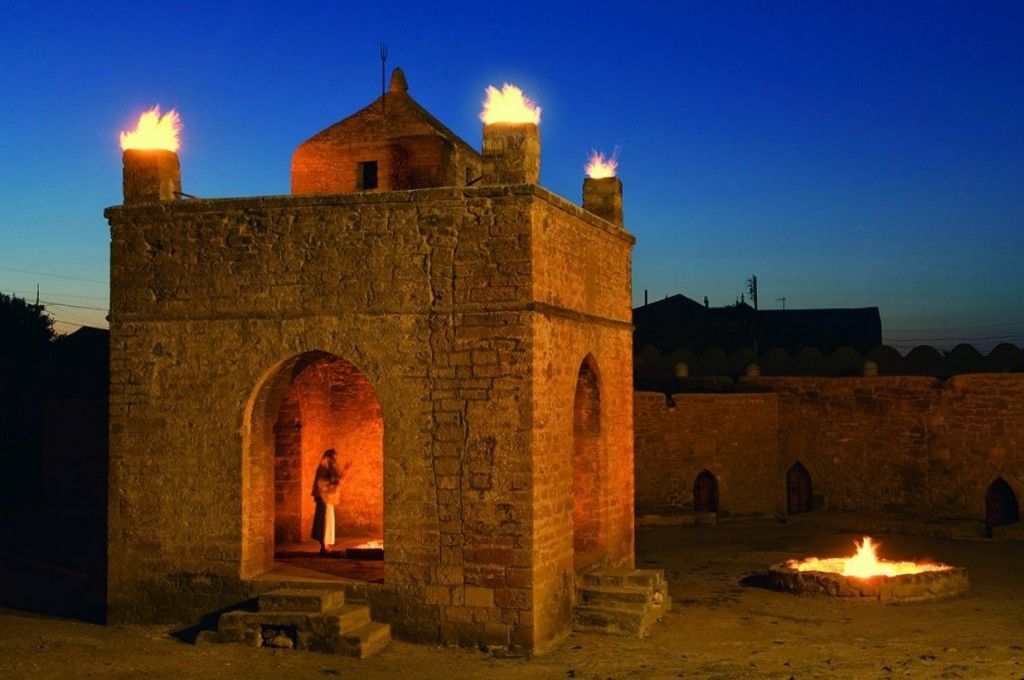 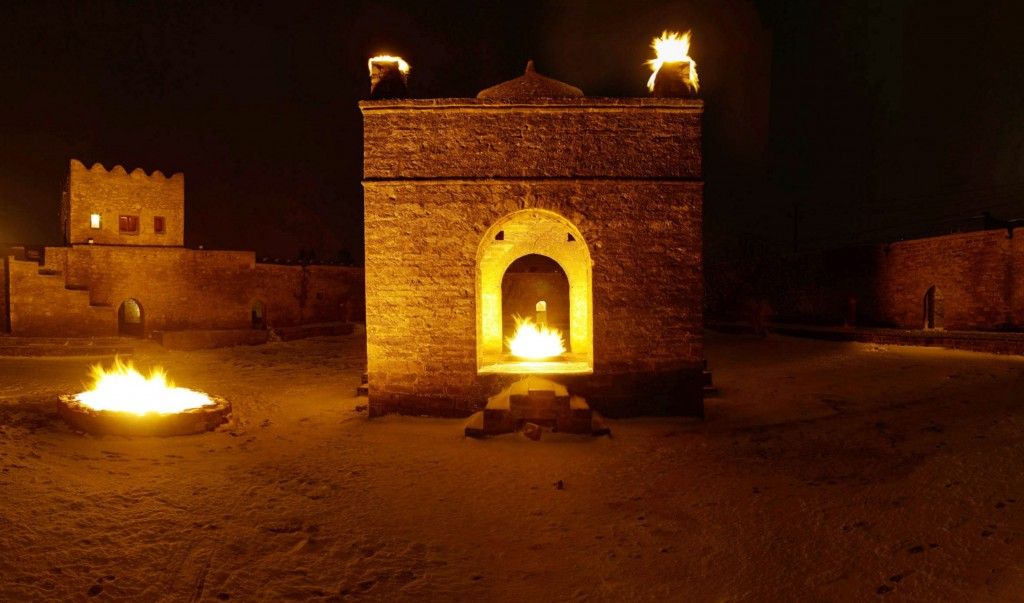