Azerbaijan has been historically known as the Land of Fire because of its rich oil and gas resources. The natural fire that have been blazing in various parts of the country for millennia have greatly influenced the beliefs and traditions of the local people and has been celebrated in works of literature and art. An example of this natural phenomenon is found 25 kilometres from Baku, in a place known as Yanardagh located in the village of Mahammadli. The natural gas that seeps onto the surface gives this mountain (whose name translates as ‘burning mountain’) its famous ‘burning’ look. In order to protect Yanardagh and attract tourists here, this area was declared a historical, cultural and natural reserve in 2007. Today Yanardagh reserve is a favourite destination for tourists visiting the country. The mountain appears to be covered in tongues of flame from its foot to its peak, resembling red tulips. At first, such an unusual sight may give a strange impression, but this feeling turns into fascination upon watching the fi re majestically seep out of the mountain core. 25 km from Baku 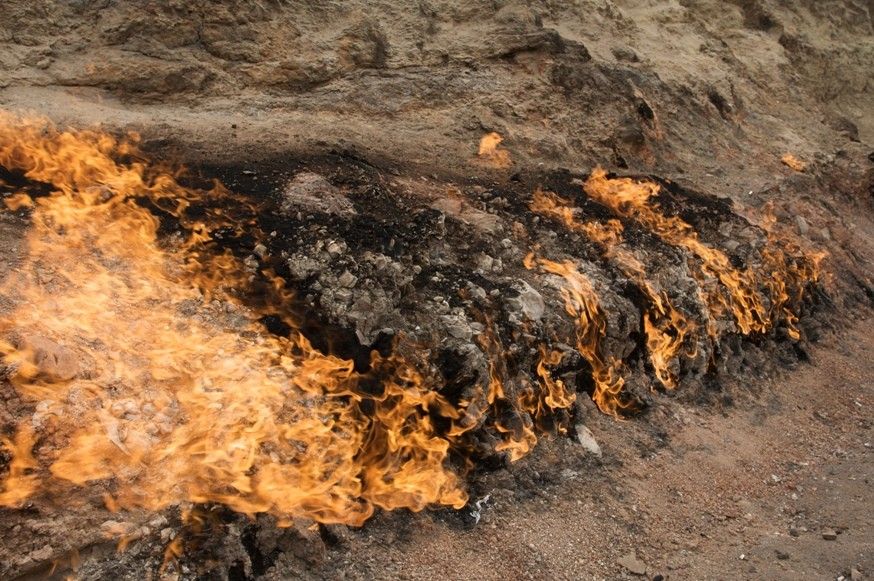